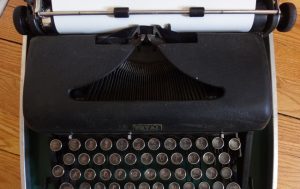 In this letter to Quine Lewis discusses Quine’s contribution to the appendix of Lewis’s set theory book, Parts of Classes.

Hazen showed how to avoid appealing to set theory or primitive pairing via simulated quantification over n-tuples of atoms. Then Quine showed how to simulate quantification covering n-tuples of fusions of atoms. In this letter to Quine, Lewis retells these developments. He also invites Quine to be a co-author with Hazen, Burgess and Lewis of an appendix to Parts of Classes on these results. (Quine declined.)

Quine-Lewis correspondence and our project research

As part of our project research, we are writing research papers an a monograph about Lewis’s influence and influences. His correspondence provides evidence for the lines of influence we uncover and discuss. In a forthcoming joint paper, MacBride and Janssen-Lauret argue that Quine’s influence on Lewis was more significant than most philosophers think. Their paper focuses on Quine’s version of structuralism and its influence on Lewis’s later work. This letter forms part of the evidence for Quine’s influence on Parts of Classes. Lewis here credits Quine, which supports the interpretation. The paper also argues that Lewis’s ‘Ramseyan Humility’ has a strong Quinean influence.