Twentieth-century analytic philosophy didn’t turn out the way it was supposed to. The early decades were given over to a frenzy of meta-philosophical debate. The systematic programs (logical atomism and positivism) that had promised a scientific way forward for philosophy from the excesses of nineteenth-century idealism quickly became popular exemplars of philosophical hubris and folly. By mid-century it had become a widespread expectation that philosophy could now comfortably settle down to patient reflection upon ordinary language and common-sense dicta. Speculative metaphysicians were personae non gratae. But these expectations were wide of the mark. By century-end speculative metaphysicians were back, making ever bolder and more surprising claims about reality; their influence spread outside the confines of metaphysics, to the philosophy of mind, the philosophy of science, the philosophy of mathematics and beyond. An Age of Metaphysical Revolution was underway. How, when, by what means, by whose hands did this shift in metaphysics’ fortunes arise? 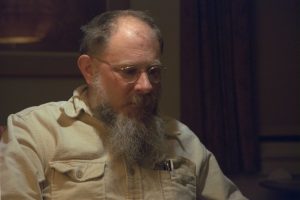 The history of late twentieth-century philosophy has remained unwritten because of the proximity of events unfolding. But now is the time to write such a history. It is already evident that the American philosopher David Lewis (1941-2001) was a lightning rod through which the currents of intellectual change transformed philosophy; through him the tradition of Quine, Russell, and behind them, Hume, continues to bear an influence upon us.

But Lewis did something else extraordinary that no philosophers, or historians of philosophy, can ignore. Between 1959 and 2001 he corresponded with the most eminent philosophers of the day and he kept copies of both sides! The David Lewis Papers, how housed in Princeton University Library’s Manuscript Collection, contain c13,000 pages of philosophical correspondence and over a dozen unpublished papers. in his letters Lewis raised the analytic style to a new level, making a major intellectual impact upon how philosophy is practised today. They are an intimate record of history in the process of its making: how Lewis influenced, and was influenced by a global network of philosophers to bring about the Age of Metaphysical Revolution.

What did the project involve?

The basic thinking behind the project was that the time had come to reconceive Lewis as a major historical figure, worthy of the kind of scholarly attention that has been paid to other figures in the history of philosophy. Our main aims were:

(1) to bring the most important elements of the David Lewis Papers into the public domain, and

(2) to begin the intellectual process of situating Lewis within the history of 20th Century analytic philosophy.

With respect to (1), the project resulted in the publication of two volumes of Lewis’s correspondence (OUP 2020) and a volume of posthumous papers (forthcoming). With respect to (2), we have collectively published various journal articles and book chapters, and are putting together an edited collection based on our project conference in 2019. Find out more on the Publications pages.

We also ran several workshops and a conference; we have podcasts of some of the conference talks.

Finally, we wanted to use the project as an opportunity to explore and promote more environmentally friendly ways of conducting philosophical research, primarily through running hybrid in-person and virtual research events; go to the Environmental Sustainability page for more information. 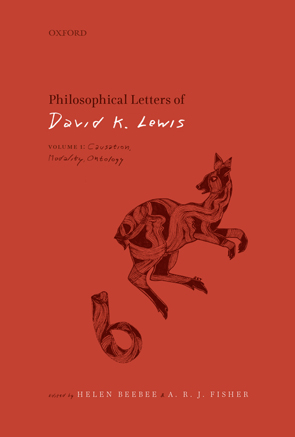 We were kindly supported by an Advisory Board: